The Full Moon for this month will occur in the second week on Friday, August 12th. The New Moon will happen later in August on Saturday, August 27th. 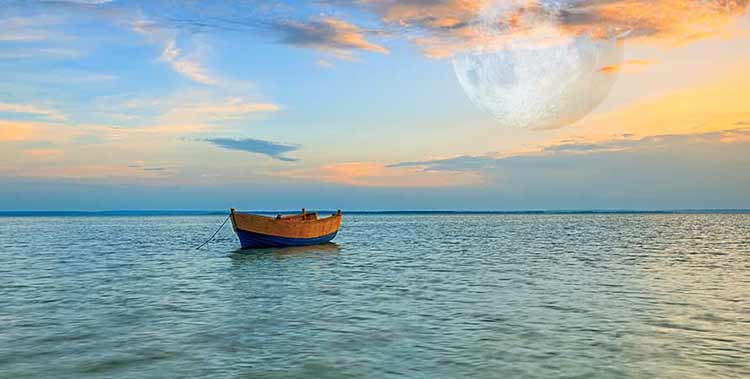 What is the August Full Sturgeon Moon?

August’s full moon is called the Full Sturgeon Moon, after the primitive fish that used to be abundant in North America’s lakes and rivers during the summer months. Having remained mostly unchanged since the earliest fossil records, sturgeons are ancient living fossils that can grow up until 3.5 meters long, or as long as two adult humans stacked on top of each other. Nowadays, however, it’s almost impossible to see a sturgeon during the Full Sturgeon Moon. While they used to thrive, sturgeons are now considered the single most critically endangered group of species on earth - and you might be part of the reason why.

Have you ever eaten caviar? Some species of sturgeons are harvested for their roe, which is then processed into caviar. Because of this, wild sturgeons have been exploited to the brink of extinction due to overfishing and illegal poaching. In addition, they are also vulnerable to water pollution, and their breeding grounds are often damaged due to agriculture and lumbering. Though sturgeons are extremely long-lived - the females can live up to be 150 years old - sturgeons might not be around for much longer. They might have survived the dinosaurs, but they might not be able to survive human beings and our hunger for luxurious delicacies like caviar. But there is something even more terrifying than hungry human beings: hungry ghosts.

In China, the Full Sturgeon Moon is known as the Hungry Ghosts Moon. August’s full moon coincides with the Hungry Ghosts Festival, which is when the gates of hell open up and the hungry dead once again walk amongst the living. The Chinese prepare offerings of food and money to satisfy the ghosts’ hunger, make them happy, and prevent them from causing havoc amongst humankind. In Malaysia and Singapore, Chinese communities set up musical stages and host performances, making sure to always leave the front row empty for the honored guests - the hungry ghosts. Under the full moon, people light lotus-shaped water lanterns and float them on lakes, rivers, and pools, in order to provide light for lost souls to find their way safely back into the afterlife.

Despite the macabre atmosphere of the event, the Hungry Ghosts Festival actually originated as a harvest festival during the Han Dynasty, during which farmers would pray to their ancestors and report their autumn harvest to them. Due to Taoist and Buddhist influences, folk beliefs combined with religious ceremonies to form the Hungry Ghost Festival. In Japan, which also had Buddhist influences, this festival is celebrated as the Obon festival. Japanese communities wear yukata, eat and make merry at carnivals, and perform the Obon dance.

In North America, Native American tribes also saw the Full Sturgeon Moon as signifying a time of bountiful harvest. The Cherokee tribes called it the Full Fruit Moon, and many other First Nation tribes referred to it as the Black Berries Moon. The Sioux called it the Moon When All Things Ripen. The Paint Clans, which were known for their medicinal prowess, would harvest herbs and medicines, while the Wild Potato tribes would forage for food. Naturally, they would also catch a lot of sturgeon. You, on the other hand, may want to celebrate the Full Sturgeon Moon by telling your friends about the importance of saving its critically endangered namesake.

Local Date and Time for August 2022 Full Moon in major cities around the world: